The Crane Island lifestyle begins with the journey there. For a pilot leaving Atlanta, that means taking off from Peachtree-Dekalb Airport and arriving on island time in (almost) no time.

On a Friday afternoon in Atlanta, you’ll find most of the city converging in one place that not many people want to be: traffic. The best remedy? Skipping the usual commute in favor of a southbound flight to an island where cars are optional and traveling by paddle board, boat or bike is encouraged.

Typically, a road trip from Atlanta to Amelia Island would take about 5 hours. But after a phone call to queue up the plane, a licensed pilot with a private hangar and fueled-up jet can leave their car behind and soar.

When the wheels touch down at Fernandina Beach Municipal Airport about an hour later, the island welcomes passengers with a serene change of pace. Originally built by the U.S. Navy in 1943 to train pilots during World War II, the 850-acre air airport recently strutted a new general aviation terminal that pays tribute to the site’s rich military history while also offering modern amenities for today’s flyers. Considering the airport is only moments from the Crane Island community, travelers can arrive at their home away from home via a breezy ride by golf cart or bike in a mere five minutes.

By design, Crane Island allows residents and their guests the luxury of maximizing their time and savoring every moment. The airport is just far enough away from home sites to maintain flight patterns with minimal interference to the community’s airspace. In other words, you’re not likely to be distracted while showing your granddaughter how to drop a fishing line or searching for seashells in a quiet state of meditation. In fact, there are so little distractions on Crane Island that it’s likely a wave to your neighbor turns into conversation on the porch, and you lose track of time altogether.

Be warned: after slow mornings on the dock, sundrenched days on the Intracoastal Waterway and sunset celebrations with family and friends, you may not want to return to the city when the weekend comes to an end.

However, the beauty of an easy escape is that it’s just as easy to repeat. Perhaps Wilbur Wright put it best: “More than anything else the sensation is one of perfect peace mingled with an excitement that strains every nerve to the utmost, if you can conceive of such a combination.” 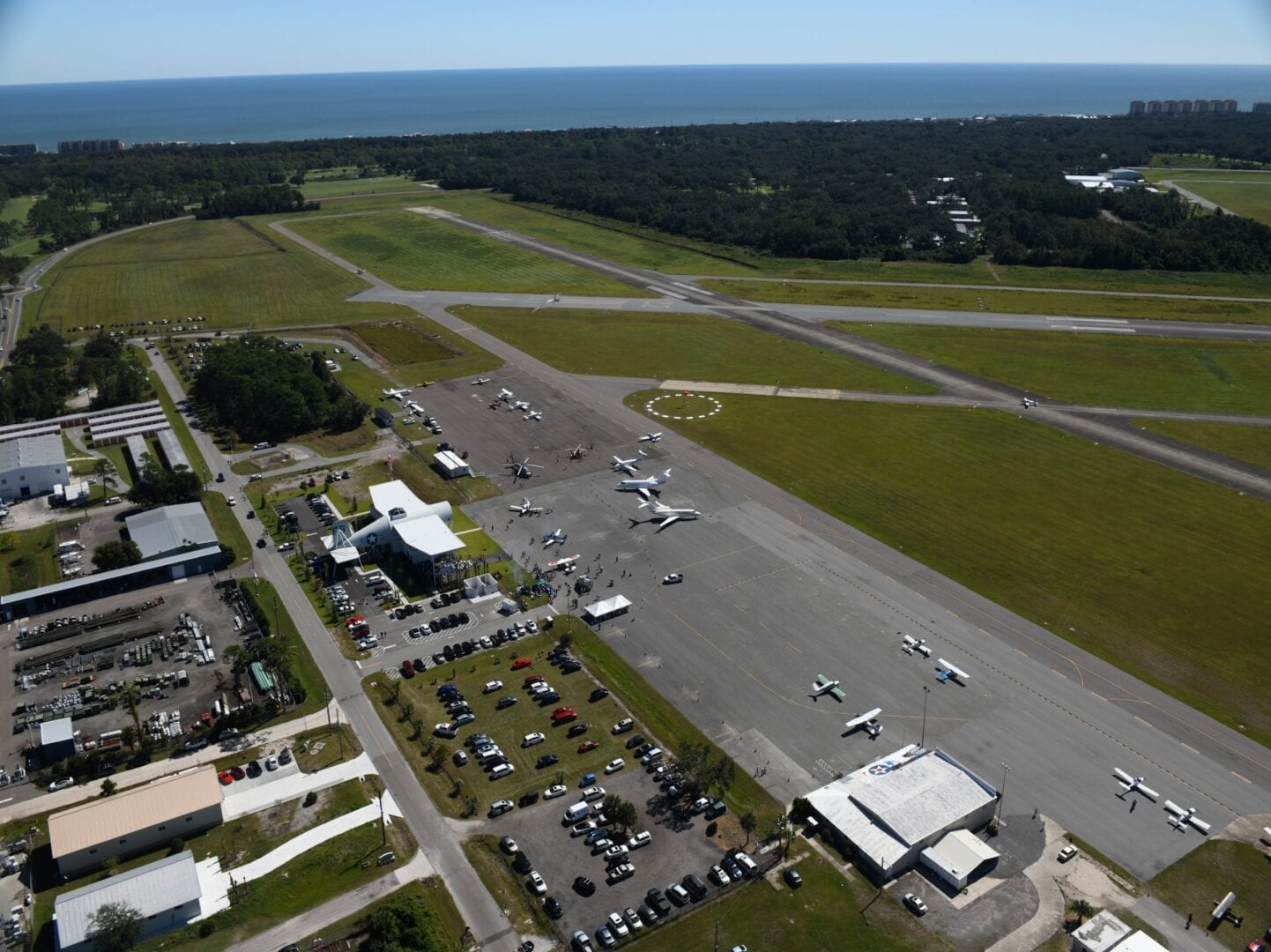