A Southern Tradition – The Dogtrot

A Southern Tradition – The Dogtrot

Prior to the advent of air conditioning, an understanding of local environments enabled southerners to build in ways that buffered the harsh climatic realities. As we design for a more sustainable and resilient future we can learn from the past. Looking back we can see that vernacular designs are inherently sustainable and resilient because they reflect their locale in terms of building materials and the response to the climatic conditions of the region before air conditioning allowed us to ignore that it was hot and humid outside.  In the south, vernacular houses have commonalities in the siting, form, and materials.

Siting – The best orientation is for the long axis to run east to west to reduce solar gain. The windows are located to catch the prevailing summer breezes. Large porches or verandas were are usually located on the southern side and often on the east and west, too. The verandas protected the house from both the sun and the rain, provided circulation, and created a cool place to sit and sleep in the summertime. By raising the house off the ground several things were accomplished; it allowed the first floor to be out of the flood plain in coastal areas; breezes are better on the raised first floor; and air circulating under the house helped reduce the heat gain.

Dog·trot : (in the Southern US) an open-ended passage that runs through the center of a house, flanked by two enclosed living spaces. 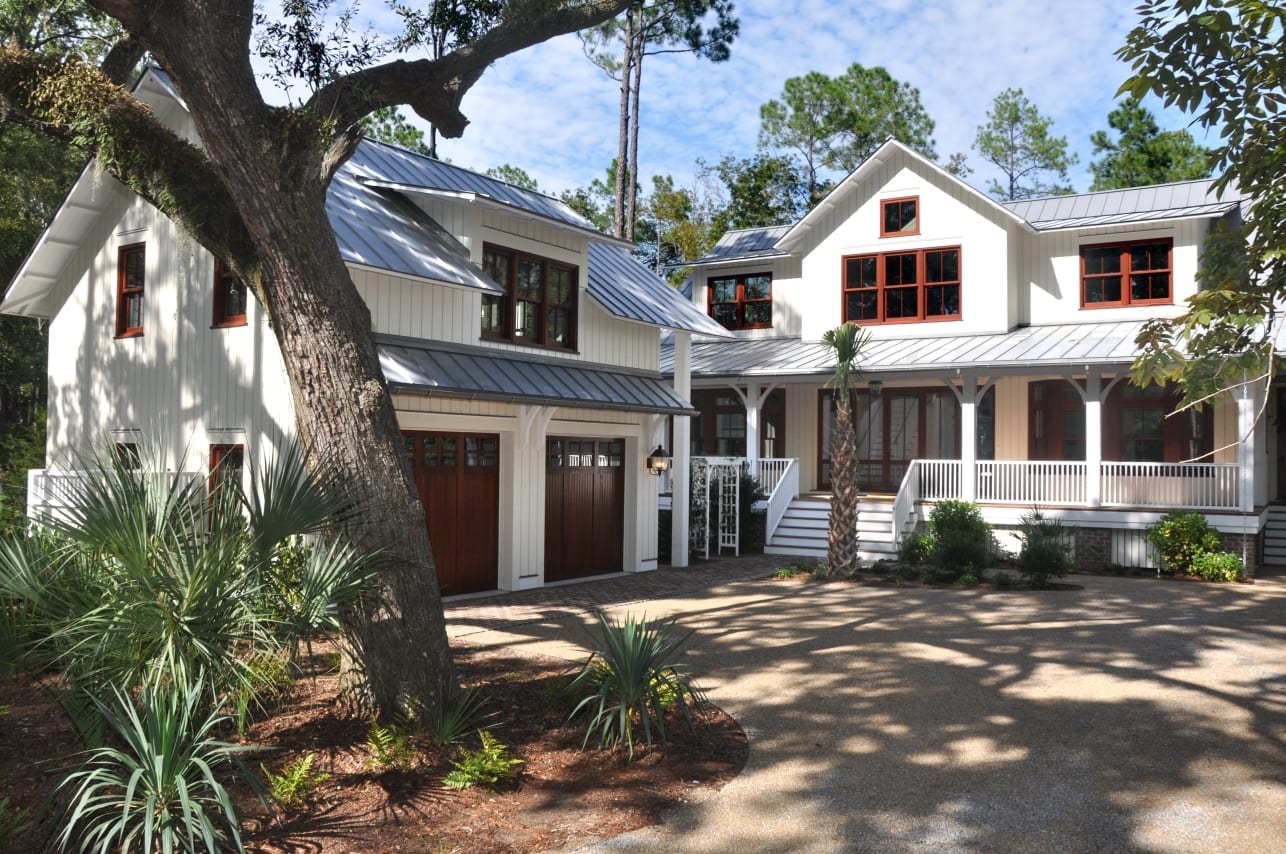 Climate informed the Form Houses one room thick maximized cross ventilation. The thin plans also provided ample light that prohibited mold growth in dark areas. High ceilings allowed the heat to rise and provided a more comfortable environment. Kitchens were usually in a separate building behind the house; this kept the heat from the fireplace out of the main house and also protected the main house in the event of a kitchen fire. Privies were located even further away with a tea olive or other sweet smelling bush planted nearby.

Materials were local and durable. Exterior siding and wood shake roofs were made from rot resistant Cypress in the coastal south. Framing and flooring were made from Long Leaf Pine. Bricks were made of local clay and their colors identify the locale. Tabby is a traditional material made of oyster shells and lime.

There are several architypes that have evolved over the years. One that is extremely common and can be found from Tennessee to Florida is the dogtrot. The dogtrot is also known as “two pens and a passage”. One room was typically used for sleeping and the other for cooking. The covered open center passage was the main sitting room in warm weather that was cooled naturally by breezes that intensified in the open passage. The center passage was often used as the dog kennel and thus the name dog trot.

The original dog trots were made of logs with a fireplace on each end. Later dog trots were framed with wood siding.  In his book, The Cotton Kingdom, Frederick Law Olmsted described a dog trot he visited in Louisiana in 1850, “The house was a double log cabin—two log erections, that is, joined by one long roof, leaving an open space between. A gallery, extending across the whole front, serves for a pleasant sitting-room in summer.“ 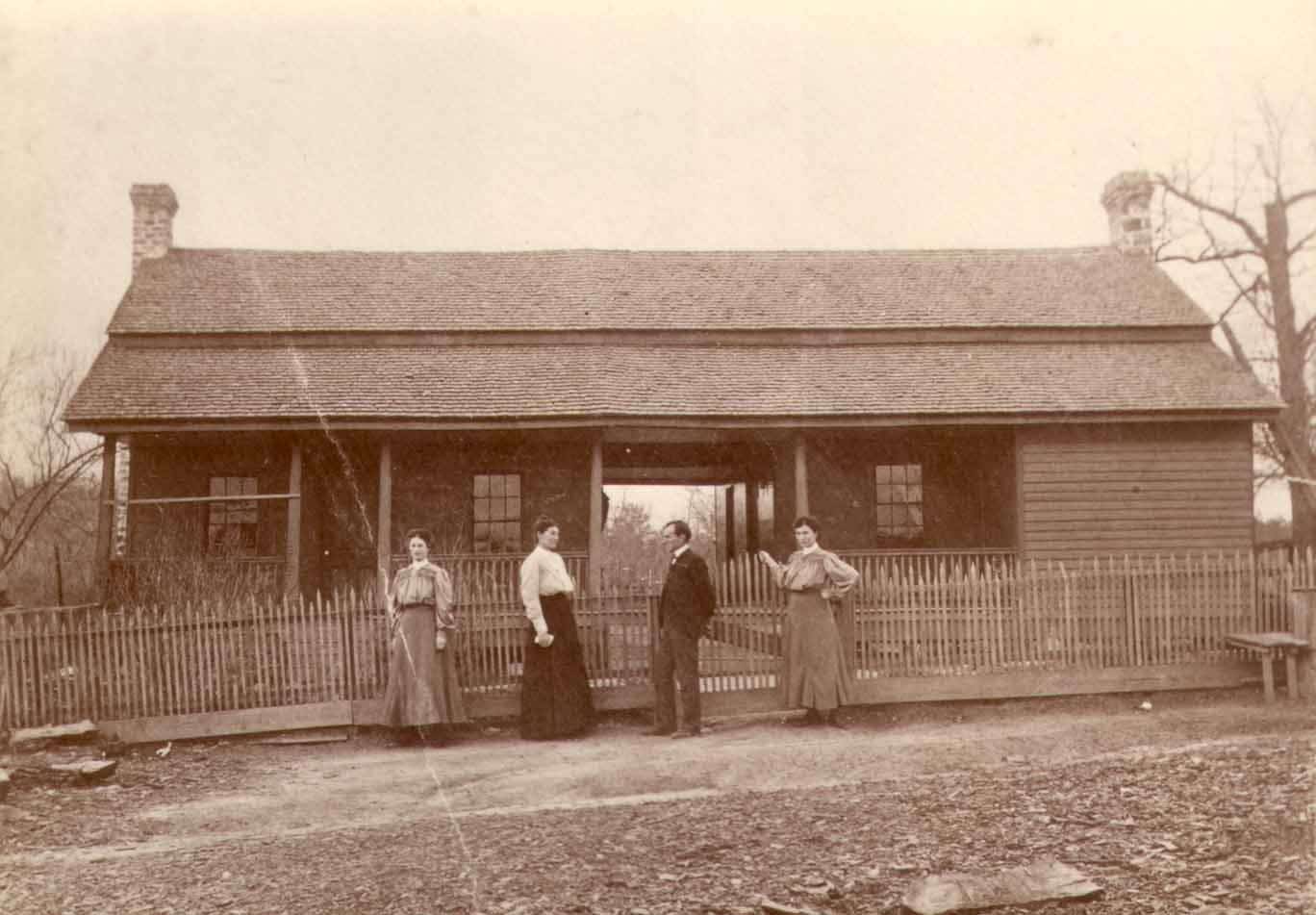 This photograph is the architect Jane Frederick’s great-grandmother Essie Curl and her sister Ezzie Pearl with their parents in front of their dogtrot home in Fayette, Alabama. Inspired by the inherent sustainability of the dogtrot, Frederick + Frederick Architects explores the traditional forms in contemporary designs 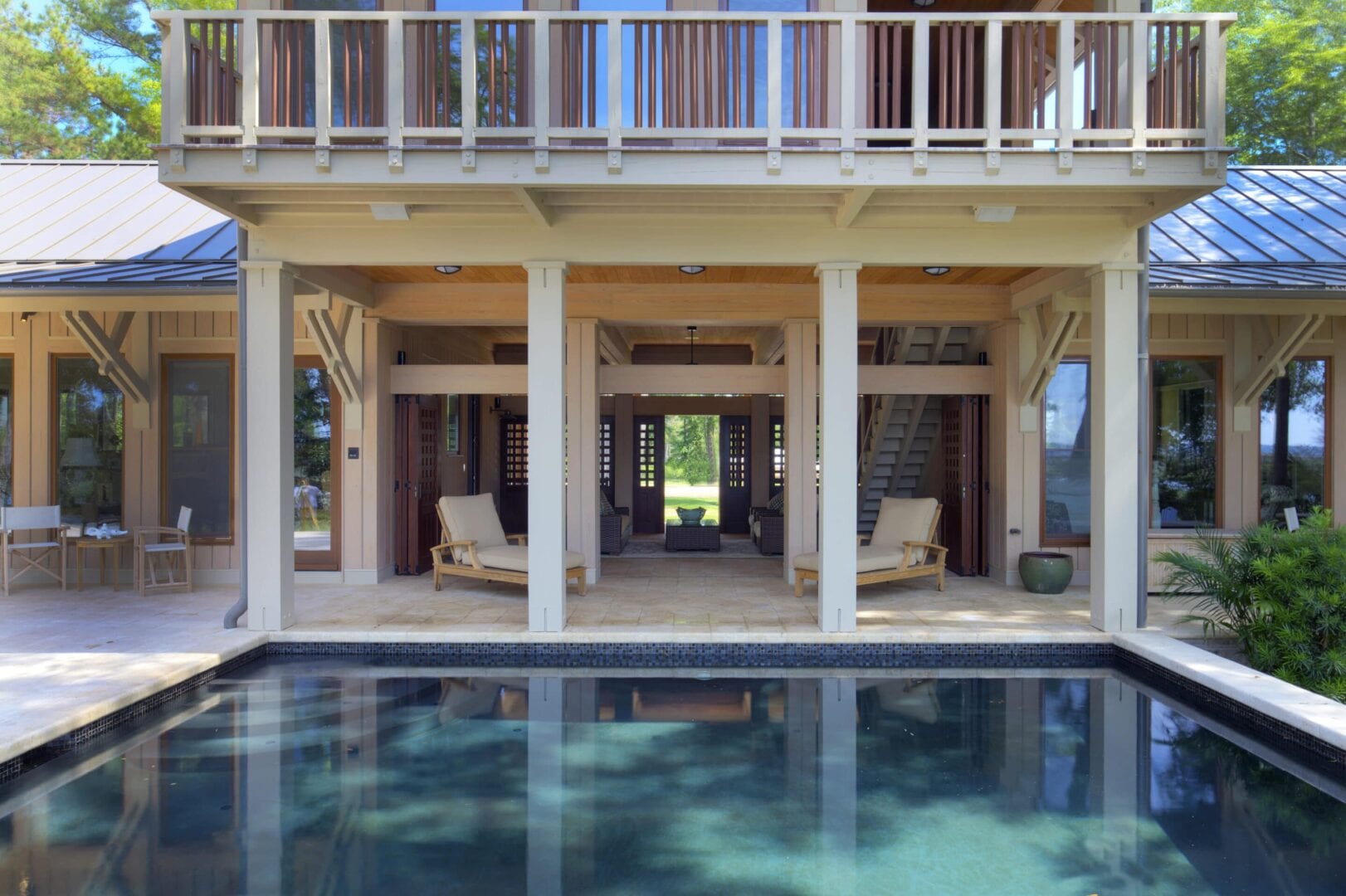 The dogtrot space in this contemporary house is used as a sitting room overlooking the swimming pool and river. The house draws on the vernacular vocabulary of siting east to west with a single room width to maximize cross breezes. The dogtrot separates the master suite from the great room. It can be closed with custom made wooden gates. 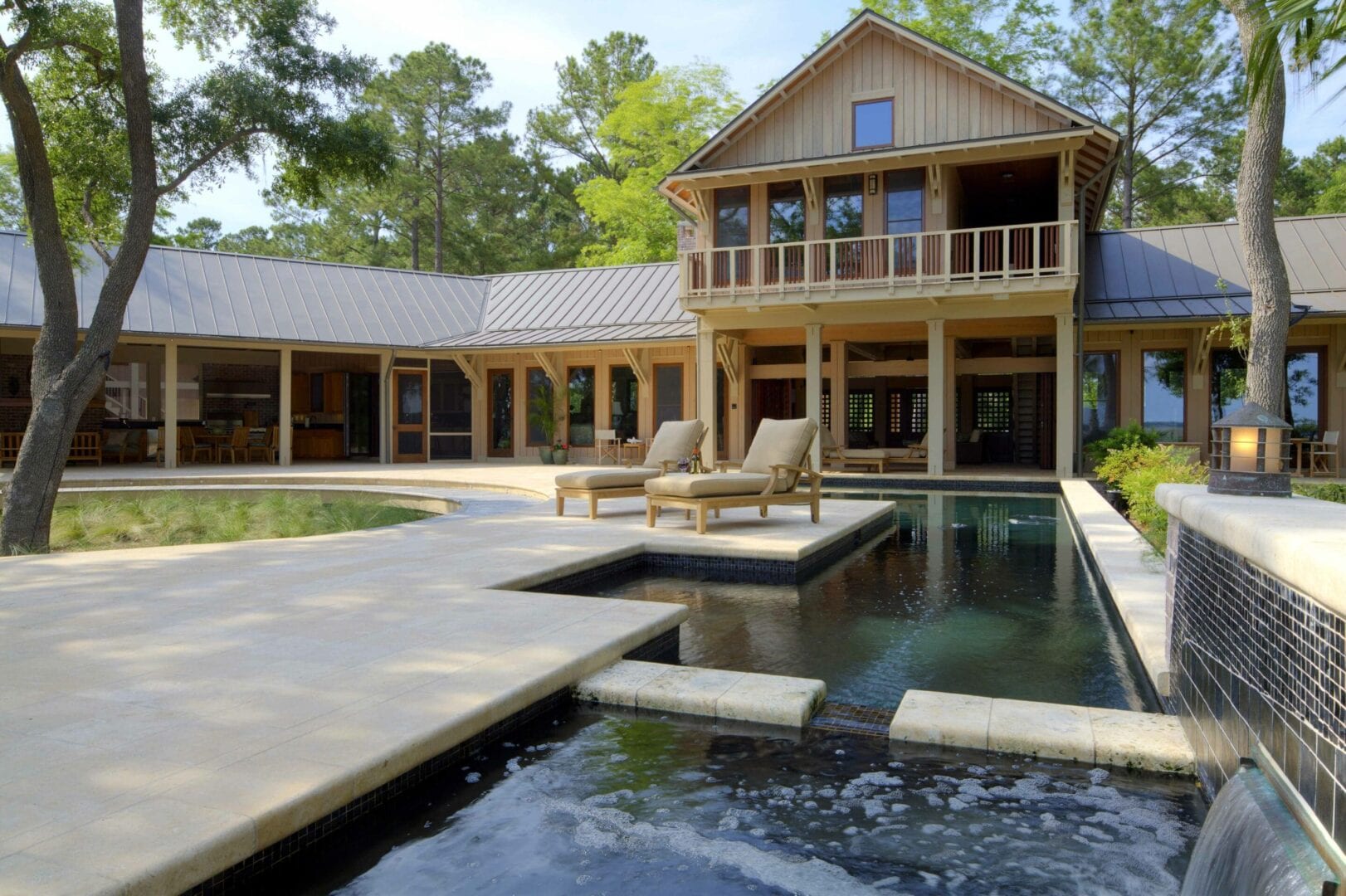 This modern interpretation allows the dogtrot space to be opened up during good weather and closed with folding glass doors to be conditioned when it is too cold or hot. There are retractable screens to keep the bugs out. 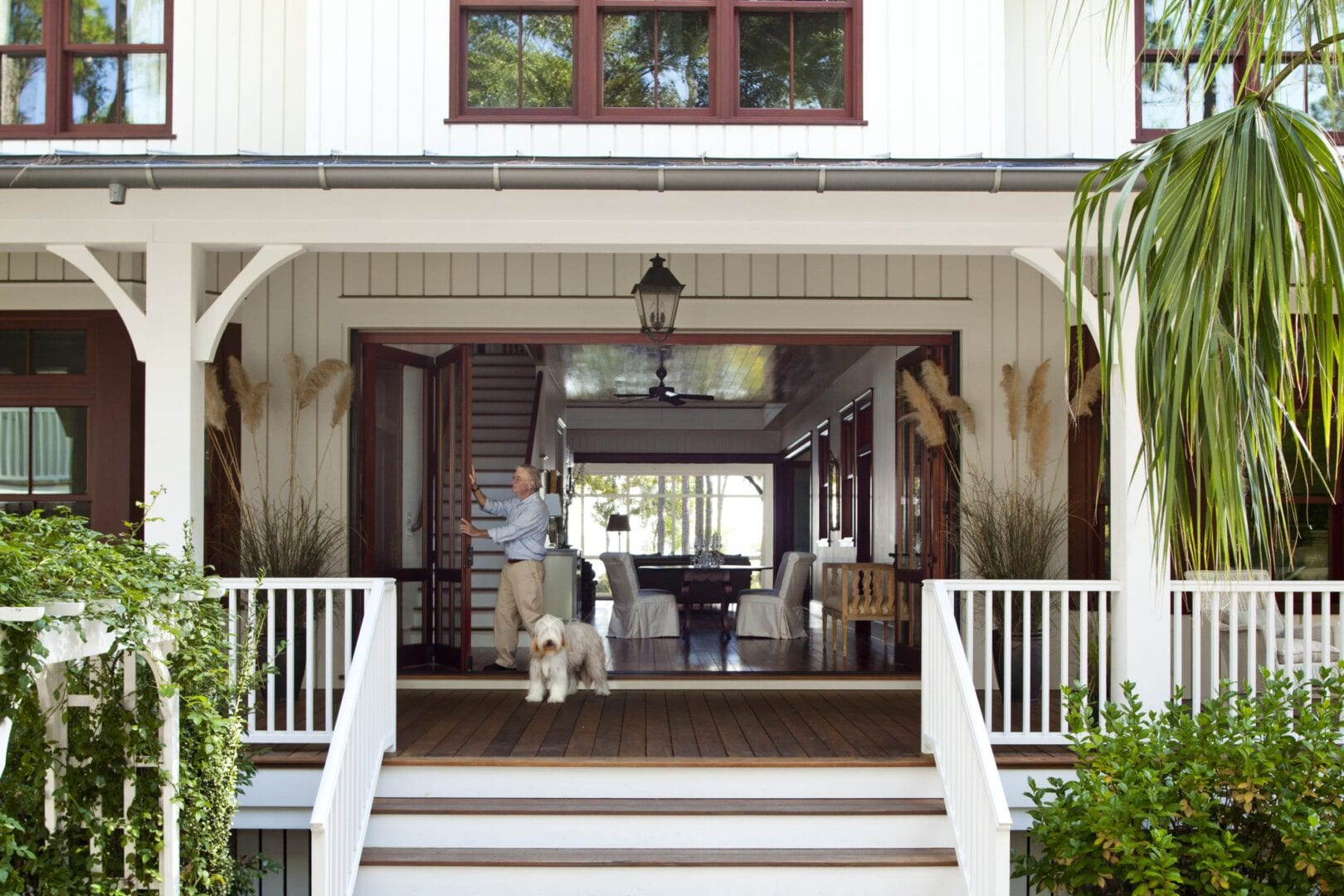